ABOUT BISHOP GOODWIN HIMSELF 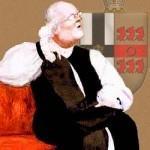 Bishop Harvey Goodwin was one of the outstanding bishops of the Church of England in the late 19th century and arguably the greatest Bishop of Carlisle in modern times.

He was born and brought up in King’s Lynn and won a scholarship to Cambridge where he took a brilliant First in mathematics and was almost immediately offered a Fellowship. His doctorate was in mathematics, not theology. At the same time, he was enormously attracted by the revival of the Church of England and, despite his strongly evangelical upbringing, became a member of the Ecclesiological Society and became a close friend of J M Neale. Through him, he became friendly with the new generation of “High Church” architects, especially Gilbert Scott. He studied for ordination at the same time as carrying out his Fellowship duties and was ordained to the title of his fellowship.

He quickly began to attract attention by the brilliance of his preaching and writing and by the strength of his pastoral skills. In his mid-thirties he was offered a colonial bishopric but declined. Some years later, he was appointed dean of Ely and immediately appointed his friend Gilbert Scott to begin the mammoth task of saving the building from collapse. He also commissioned the wealthy amateur artist Gambier Parry to paint the nave ceiling – soon to become one of the most admired pieces of Victorian neo-mediaeval art.

In 1869 he became Bishop of Carlisle and soon began revitalising a distinctly tired diocese. His diocesan conferences became legendary throughout England; he insisted that new churches should be commissioned only from the best architects (and Carlisle still has some of the consistently finest churches in England of that period); he confirmed vast numbers at huge services lasting several hours; and he insisted that only the finest standards of church music were adequate for the Church (he insisted that Gregorian chant was used at cathedral evensong on the two evenings he habitually attended each week, and almost single-handedly retained that musical tradition within the Church of England).

His letters to The Times resulted in the Church of England choosing to commemorate Queen Victoria’s golden jubilee by founding a central national headquarters – Church House, Westminster – and he was a passionate advocate of the idea of Synodical government (something which took 80 years to be adopted). He died in his sleep at Bishopthorpe while visiting Archbishop Maclagan in 1891, in his mid-seventies. 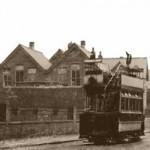 Education has always been one of the important social works of the church and in the parish of St John the Baptist, Upperby, the work of christian education has always been of major importance. The building of the old Goodwin schools followed the building of five other church schools in different parts of the parish. In 1891 the population in this part of the parish was growing rapidly and Bishop Goodwin of Carlisle (1869-1891) expressed a strong desire to see some permanent centre of church work established in this district.

This wish was responded to by Mr GAH Mounsey-Heysham giving a site of land for this purpose. Later it was proposed to erect a set of mission buildings at a cost of £1.350, which should be available as (a) a Sunday School; (b) as a room for Mission Services, Bible Class, GFS, The Men’s Mutual Improvement Society, etc.; and (c) as a high class Church of England Day School. Previous to this the children from this area of the parish went to school across the railway bridge into the city. Sunday School was held along with services in the “old pottery”, a room rented at four shillings a week but “ventilation was seriously defective and the room not rainproof.”

With this inspiration many people got down to some hard work. Most off the finance for the new project was gathered by public subscription and monies were receive by the Revd H lonsdale, Upperby Vicarage, and the Misses Benson, Brisco Hill. Bishop Diggle, of Carlisle, preached in Upperby Church one Sunday on “The Church of Thessalonica”, We are told the church was very full and the offertory of £8 8s. 4d. was devoted to the Building Fund.

On 13th September 1892, the ceremony of laying the foundation stone was performed by Mrs Ware, a daughter of Bishop Goodwin. The first building was what is now the centre block of the old school. The building opened as a school on the 5th September 1893, with twenty-six scholars. It was opened by the Bishop of Carlisle. During the period of erection the boundary of Upperby parish was extended to include the new school.

On the 7th January 1894, the bishop of Barrow-in-Furness preached in the parish church and alluded to the beginning of a Kindergarten Infants’ School in the Goodwin Memorial School. The foundation stone for the new Infant Department was laid on 11th April 1896, by the Right Hon. Viscount Cross, Lord Privy Seal. By 19th November 1896, the new Infants’ Department was ready to be opened by the Suffragan Bishop of Barrow.

This was not to be the end of the story for on 27th April 1898, the foundation stone of a new Girls’ Department was laid by the Right Hon. Sir JT Hibbert. The work of money raising continued with bazaars, gift days, donations, coffee evenings, special preachers, etc. This last building was to be the largest and best equippedof all the school buildings at the time of its opening as a Girls’ School. The centre block or Boys’ School was later enlarged by the addition of two new classrooms. In 1928 the Boys’ and Girls’ Depaartments were converted into a Junior and Senior Mixed School, and in 1929 it was recommended that electric lights be installed in the three schools.

It is from these old buildings that the Junior School has moved into the new £100,000 Bishop Goodwin Junior School. The Infants continue to use the old premises until in two years’ time they will have a new school themselves. With the erection of the new school children’s education in this part of the parish rests in very capable hands. Apart from new buildings the whole manner of teaching has changed to an “Open Plan” system, and with the present staff and pupils we can feel confident that the traditions built up over the generations in the “Old School” will flourish in their new surroundings.

In 1993 the Infant and Junior School under the leadership of Mrs Roberts-Green and Mr Wealleans combined forces to celebrate their centenaries. The Headteachers in partnership with staff and members of the community arranged a full week of very happy and enjoyable events: school open days, coffee mornings, historical and photographic exhibitions, art displays, concerts and talks. Many friendships were renewed, many memories rekindled and shared; some old school friends had not seen each other for over seventy years! The schools buzzed with emotion, happiness and excitement. People of all ages some eighty years apart shared in the celebrations. Once the excitement had died down the pupils continued to benefit through several retired members of the community offering to work with the children every week. Our week of celebrations had become a mechanism for linking the elderly and the young, for creating friendships that were to benefit us all for many years.

In 1996 the Infant School opened a purpose built nursery. The school had grown from140 pupils to 330. Then followed several bulge years with the largest cohort of pupils 93 in all in one year! The school buzzed with excitement, energy and enquiry….happy days. The school was now going from strength to strength, expectations had greatly risen and as a result so had pupil achievement. Until at last the school achieved all ‘A’s in Key Stage 1 SATs. Mrs Roberts-Green bought cream cakes for all the staff to celebrate!

In 2001 both Governing Bodies began to investigate the possibility of amalgamating the schools and in February 2002 Mrs Roberts-Green was appointed Headteacher of the new school which officially began in September 2002. The academic year 2002 to 2003 was tremendous hard work; two staffs with different experiences and cultures linking forces, two large groups of children working together and the building work. there were times when we thought the building was never going to be completed. We experienced the wettest autumn ever, and moving the children between two buildings was very challenging at times. However on of the most memorable times was when we launched our wonderful new uniform. There was so much thought and effort which went into the design. The uniform has many historical and modern features: the design of the tie and indeed the ceiling of the Gallery are based on the wonderful ceiling in Carlisle Cathedral, the badge has both the Diocesan badge and Bishop Harvey Goodwin’s Crest and our old and new motto “Bonum Vincit Et Amor Dei”, which means Good wins within the love of god. The colours of the uniform are Gold and Royal this theme is extended throughout the building, the old junior school being the Royal building and the old Infant building being the Gold building. All classes have gold or royal in their titles. the school was divided into four departments each having an assistant headteacher as line manager: Miss Chapman leads the Foundation Stage, Mrs Nuttall Key Stage One, Mrs hall Key Stage Two Alpha and Mrs Whttaker Key Stage Two Omega.

The front entrance leads into the new main reception and our magnificent Gallery (shown to the left). So much research and thought has gone into every new created aspect of the school. And now on our return aftern the summer holidays what a difference a year has made. The whole school is peaceful, calm and ontask.(can you think of a better word).

We are all so proud of opur new school and everyone in it. Our vision of development through unity is becoming reality.

Unfortunately not the ones with chocolate chips.

Some cookies are necessary in order to make this website function correctly. These are set by default and whilst you can block or delete them by changing your browser settings, some functionality such as being able to log in to the website will not work if you do this. The necessary cookies set on this website are as follows:

Cookies that are not necessary to make the website work, but which enable additional functionality, can also be set. By default these cookies are disabled, but you can choose to enable them below: